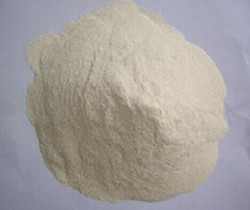 The successful development and production of high gluten corn flour not only solves the problems of feeds, but also helps farmers increase their income. We know that, in the past, the ordinary corn were often used as animal feeds and its additional value was quite low. But now high gluten corn flour can change this condition.

Besides, HIGH GLUTEN CORN FLOUR keeps all of the nutrition ingredients of corn flour, and its crude fiber content surpasses the other cereals food. Its nutrition value and edibility has been improved a lot, meanwhile, it removes the bitter and biting taste of raw corn, and tastes smooth and chewy. Therefore, it is also called Grain Soft Gold in 21 Century.

Send us a message, we will contact you soon.